Posted on January 10, 2016 by lipstick socialist

Bridge of Spies (nationwide): the latest Steven Spielberg film. It is 1962 and the Soviets have captured Gary Powers, the pilot of a US spy plane. In New York the CIA have arrested Rudolf Abel a Soviet spy. This is based on a true story and set in  a time that was dubbed the “Cold War,” when politics did seem more black and white. The Americans were the goodies which made the Soviets the baddies. Tom Hanks plays Donovan,  a  James Stewart type character – an insurance lawyer appointed to be the attorney for Abel. Hanks is supposed to be the star of the film but Mark Rylance as Abel steals the show. And one of the more interesting aspects of the film, with reverberations around the status of Guantanamo Bay “detainees” today, is Donovan’s attempts to mount a real defence of Abel based on the American constitution. Bridge of Spies centres around Donovan’s negotiations to get Powers and another US student Frank Pryor exchanged for Abel. Knowing a lot about this period of history, I understand the differences between the Soviets and the East Germans but, I am not sure many other people going to this film would, but does it matter in the end? Probably not. It’s another spy film, but one that treats the filmgoer with a degree of intelligence: unlike the latest Bond offering.

to a meeting about Trident, supposedly Britain’s nuclear power system, but although we pay for it, it is the USA who are in charge. The government, and many in the Labour opposition, want to build a new generation of nuclear-armed submarines costing £100bn. Crazy! At this meeting organised by CND find out more about why this is wrong and what you can do about it. Further details see 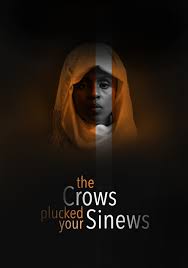 out about the Somalian community in this country. Somalians have been coming to the northwest since the 19th century; then as workers but in more recent times as asylum seekers fleeing war in their home country. In this new play  The Crows Plucked Your Sinews we learn about the history of Britain in Somalia and its links to the community in this country. It is based on real events, it’s a one woman play, that uses the lyrical tradition of Somalia to tell the story through live music and visuals. Here is a trailer
It’s only on at Contact Theatre in Manchester from 27-29 January book here

some Proletarian Poetry. Poetry has never been so popular for people to write and read. But this blog provides more than another individual’s search for the meaning of their sad, usually middleclass life: it  transcends it by publicising poets who have something important to say about the world. I loved Sorry by Amir Darwish see  And found out about Manchester poet Tony Walsh and a great poem about the Clash….. see

I am an activist and writer. My interests include women, class, culture and history. From an Irish in Britain background I am a republican and socialist. All my life I have been involved in community and trade union politics and I believe it is only through grass roots politics that we will get a better society. This is reflected in my writing, in my book Northern ReSisters Conversations with Radical Women and my involvement in the Mary Quaile Club. .If you want to contact me please use my gmail which is lipsticksocialist636
View all posts by lipstick socialist →
This entry was posted in drama, education, feminism, films, human rights, labour history, peace campaigns, poetry, political women, Uncategorized, women, working class history, young people and tagged Bridge of Spies, Contact Theatre Manchester, Dervish, Mark Rylance, Somalian community, The Clash, Tony Walsh poet, Trident nuclear submarines. Bookmark the permalink.

1 Response to Stop,Look,Listen…my weekly selection of favourite films, books and events to get you out of the house