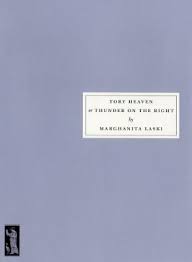 Marghanita Laski (24 October 1915 – 6 February 1988) was a writer and novelist who wrote fiction,  biography and plays. Born in Manchester,  she was part of an extended Labour supporting family,  her uncle was Harold Laski, for instance. An atheist,  she was also a member of the Campaign for Nuclear Disarmament. 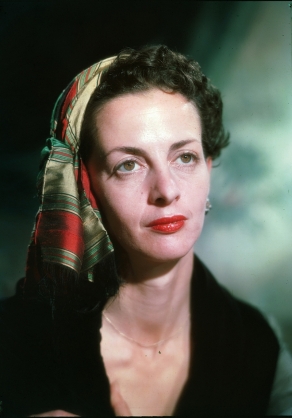 “Tory Heaven” came out in 1948 and,  as David Kynaston points out in the introduction, just like 2018, it was  a worrying time for the middle classes of this country. Whilst 1945 and the great social changes led by Labour Government improved the lives of the working classes,  it was a different case for the middle classes who felt they were now the oppressed,  both psychologically and economically.

Marghanita picks up on this in an insightful and comedic novel.  In “Tory Heaven” it is the Tories who win the General Election in 1945 and proceed to   recreate a class system with all the trappings of the eighteenth century. The population are now graded into social classes from A-E.  The A’s  are paid in gold sovereigns and are required to do nothing but live out the lives of the idle rich.  The middle classes are B’s,  while the C’s are servants from domestics to hairdressers. Trade Unionists, who cannot now strike are D’s:  the last category E’s include the despised intellectuals. 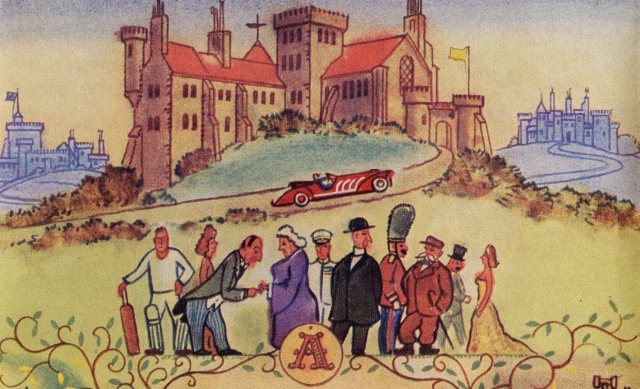 Central to the story is James Leigh-Smith, an English gentleman, for which read a privileged education,  with no particular skills, but an innate belief in his superiority due to his birth and upbringing.

James is pleasantly surprised to find that new Tory Government has classified the whole population according to  the five categories and he is in class A.  Enjoyable as this is for him,  when he goes to visit his parents he finds out that they have been changed by the social cohesion borne out of the Second World War and are not happy with the new system that forces them to rigidly abide by the rules of their class or face being  degraded.

The Leigh-Smiths now have to live up to their A classification,  which includes having to eat lots of dull and badly cooked food. As James’s father explains; “It’s the servants” his father said wearily. “They’re genuine C’s, of course, so they won’t be satisfied with less.”

The new classification system affects all aspects of people’s lives. During the War James’s sister, Joyce,  became a land girl and fell in love with the manager. His brother Rodney  explains the problems with this liaison. “So if Joyce (an A) goes and marries a B, we could none of us have anything more to do with her.”

As the reality of the new system plays out in front of James he begins to realise that for many people, of all classes, are unhappy with this particular Tory heaven.

“Tory Heaven” is a novel of its era,  although watching  James Rees Mogg on television one can see that he would make an excellent “A”!!  It is funny, ironic and says a lot about the British class system. Of course in 2018 the Rees Moggs and Boris Johnsons are seen as buffoons by most of us,  although the reality is that they do represent a significant position of power in the Tory Party and in the country.

Marghanita is an important novelist who  has been largely forgotten and Persephone Books have given us back a lively  satire set in a crucial  period of our history. In 2018 people in the UK are reflecting on what it means to be British in the context of Brexit and a rapidly changing society.  It is not just an important novel but as with all Persephone Books it is also  a beautifully produced one.

I am an activist and writer. My interests include women, class, culture and history. From an Irish in Britain background I am a republican and socialist. All my life I have been involved in community and trade union politics and I believe it is only through grass roots politics that we will get a better society. This is reflected in my writing, in my book Northern ReSisters Conversations with Radical Women and my involvement in the Mary Quaile Club. .If you want to contact me please use my gmail which is lipsticksocialist636
View all posts by lipstick socialist →
This entry was posted in book review, Communism, labour history, novels, political women, Socialism, trade unions, Uncategorized, women and tagged 1945, Marghanita Laski, Tory Heaven. Bookmark the permalink.