Read my weekly roundup of radical arts and politics..Rent Rebels,Joan,Babs and Shelagh too,Madonna in a Fur Coat and Argh Kid

Rent Rebels organised by Manchester Film Coop and Greater Manchester Housing Action on 18 July at 7pm at the Partisan Collective, Manchester. Walk around Manchester city centre and you cannot miss the homeless – one of the most vulnerable groups – who are the victims of a housing system that has failed those who need council accommodation the most. GMHA are a new group that are working to raise issues about housing. At this screening watch a German film that shows what activists have done in Berlin to oppose the privatisation of social housing. Join in the discussion afterwards to find out more about GMHA, and how you can take part in their activities. Further details see

Joan Littlewood (6 October 1914 – 20 September 2002), one of the most original and innovative theatre directors. She set up the Theatre Workshop, bringing new working class actors into the theatre, and recognised the importance of the theatre to the whole community by setting up her theatre in one of the poorest areas of London. Her philosophy was driven by her communist politics and her relationship with folksinger Ewan McColl.  Find out more about the genius of Joan in this new  play;  Joan, Babs & Shelagh Too by Conscious Theatre. They say ;In a transformational tour de force solo performance blending biographical detail with Brechtian technique, unique writer and  solo performer Gemski questions why it is that a woman who arguably contributed as much to British theatre as Shakespeare is seldom remembered.

See this show  at 3 Minute Theatre 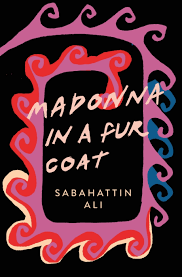 Madonna in a Fur Coat by Turkish writer Sabahattin Ali ( 25 February 1907 –  2 April  1948) He was a socialist, teacher, translator and journalist. Imprisoned several times for his political writings, he was assassinated in 1948 under mysterious circumstances. Madonna in a Fur Coat was first published in 1943 and  was never that popular,  but today in Turkey it has topped the best seller lists. Set in Ankara, Turkey in the 1930s it begins with the story of a young man who gets a job working as a lowly clerk in a lumber firm. There he meets the firm’s translator,  Raif Bey, a man that is abused by everyone in the firm and  by his family who live off his earnings. This makes him ask the question about  individuals such as Raif ; “What do they live for?”.

But Raif is no ordinary man. In his youth he left rural Turkey and lived in Berlin post 1918. There he fell for an artist, Maria, who wanted an equal and free relationship with Raif.  It is hard to believe that this book was written in 1943 because of the way it explores Raif and Maria’s desires for each other and a new life.  Maybe it is popular in Turkey today because the government is threatening the secularism and modernity of the country. What makes Madonna such a thrilling novel is the way it shows how  relationships can change peoples lives; setting them free from reactionary views about how men and women should behave and act, and allowing them to be whatever they want to be. And  in 2016 we are all still struggling with the same problems of trying to live with  and without each other. Brilliant.

You can buy it here

To local poet ‘Argh Kid’ (David Scott) as he reads from his new collection, Beige Boy on 28 July at Joshua Brooks in Manchester see.  In his latest collection of poetry he tells; tales of friendship & fighting to drugs, music & love. It’s a superb fresh mix of stinging social commentary and pub-toilet-sink realism.
Tagged as a  “thinking mans’ Shaun Ryder”!!! Just watching him recite his poem about UKIP which  shows that he has a lot more going for him than following in the footsteps of Ryder. Watch

I am an activist and writer. My interests include women, class, culture and history. From an Irish in Britain background I am a republican and socialist. All my life I have been involved in community and trade union politics and I believe it is only through grass roots politics that we will get a better society. This is reflected in my writing, in my book Northern ReSisters Conversations with Radical Women and my involvement in the Mary Quaile Club. I am a member of the Manchester and Salford National Union of Journalists.If you want to contact me please use my gmail which is lipsticksocialist636
View all posts by lipstick socialist →
This entry was posted in anti-cuts, book review, drama, education, feminism, films, human rights, music, Uncategorized, women, working class history, young people and tagged Argh Kid, Ewan McColl, Joan Littlewood, Sabahattin Ali, Turkey. Bookmark the permalink.