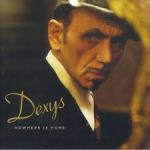 …Nowhere is Home..(watch on BBC IPlayer) Dexys film of their latest show. Totally eccentric, brilliantly brainy Kevin Rowland is one of my heroes. In Dexys Midnight Runners in the 70s he espoused the working class intellectual viewpoint dressed in his donkey jacket and hat. With songs such as Dance Stance he snarled at the people who were anti-Irish. From an Irish Birmingham background he challenged all the stereotypes of what it meant to be Irish. In his latest album “Nowhere is Home” he is still chewing over his identity. Enjoy it at

…….you might have seen the footage on Channel 4 about the shocking behaviour of the prison authorities to asylum seekers see .
They are not going to put up with it anymore, many of them are on hunger strike. Send them a message of support to detainedvoices@riseup.net.

…“These Dangerous Women; Manchester Women and the Hague Peace Conference in 1915”. In 1915 women from across Europe (including the UK) joined together at this meeting to discuss how they could influence the end of the First World War and prevent it happening again. Women in this country were stopped attending by the government. Go to this free talk and film learn about these brave women. Further info see

…”Medea” at the Casa in Liverpool. Burjesta Theatre present an original poetic adaptation by Jon Bibby, a cast of sixteen actors including an eight-strong women Greek chorus, and two child actors. All the money from the show is going back into a fund to provide sound and lighting at The Casa so that it can improve its facilites for an affordable venue in the city centre for local people. Further info see

…Alexandra Kollantai by Cathy Porter. A fascinating biography of one of the most charismatic Russian female revolutionaries. Alexandra fought for women and the family to be at the centre of the revolution. She wrote about women’s lives in the factories and in the home whilst at the same time struggling with her own life as a wife and mother. This biography uses her memoirs and diaries and letters and shows the dilemmas facing many women as they try to combine a personal and political life.

a talk about “Red Nelson; the English working class and the making of CLR James”. James was an enormously influential Marxist writer and activist on politics, culture and much more. In 1932-33 he spent ten months in the cotton textile town of Nelson in Lancashire. He said that they were ‘ten months that shook his world’. On Wednesday 25 March at 2pm at the WCML Christian Hogsbjerg will discuss how James’s experience in Nelson shaped his emergence as one of the most important socialist intellectuals in Britain during the Great Depression.

I am an activist and writer. My interests include women, class, culture and history. From an Irish in Britain background I am a republican and socialist. All my life I have been involved in community and trade union politics and I believe it is only through grass roots politics that we will get a better society. This is reflected in my writing, in my book Northern ReSisters Conversations with Radical Women and my involvement in the Mary Quaile Club. I am a member of the Manchester and Salford National Union of Journalists.If you want to contact me please use my gmail which is lipsticksocialist636
View all posts by lipstick socialist →
This entry was posted in biography, book review, Communism, education, feminism, films, human rights, Irish second generation, labour history, music, political women, Socialist Feminism, Uncategorized, women and tagged CLR James, Dexys, Hague Peace Conference 1915, Kevin Rowland. Bookmark the permalink.