Northern white slaves and the campaign for the 10 hour day . My interview with John Fay writer of The Mill.

Posted on August 1, 2013 by lipstick socialist

The Mill, a new historical drama on Channel 4, written by John Fay is set during one of the most turbulent periods of British history. Fay says;
It is set in 1833 where a period of resistance is just beginning, where the working class has found its voice and begins to organise autonomously and flex its muscles.

Fay is from Liverpool, a city with its own history of slavery but also of a strong politicised working class. He started his writing career in Kirby Unemployed Centre, writing plays with other unemployed workers and produced drama about political heavyweights including Tom Mann. He says:Whatever you might say about Militant and the Miners’ Strike in the 80s people were more interested in politics in those days. It was a political time and there was more of a resistance.

Spotted by Brookside directors he spent 16 years working for them and has since gone on to write for other north west series, including Coronation Street, Clocking Off and Blue Murder. In Torchwood’s Children of Earth he took up the issue of child exploitation and this is a key theme in his latest work The Mill.

The series is based on the historical archive of Quarry Bank Mill in Cheshire, owned by the Gregg family, who had five cotton mills in the north west, as well as a slave plantation in Dominica in the West Indies. 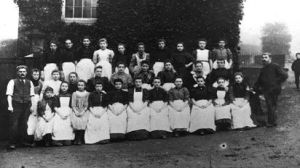 Fay says; The Greggs were philanthropists and their mills were much better than other ones, but they still employed nine year olds to work 12 hour shifts.

Fay used the Working Class Movement Library in Salford to do some of the research for the drama and, in particular, the real life story of trade unionist John Doherty. Doherty was involved in setting up the Cotton Spinners Union and campaigned for restrictions on the hours and conditions of work. 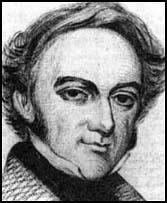 He is the main activist in the show and provides the inspiration to the mill workers.

In 1833 the Factory Act was passed which curtailed hours of work and brought in a system of factory inspectors. At the same time slavery in the British Empire was abolished. The Gregg family were known locally as a liberal family but could happily maintain a slave plantation on one side of the world with a white slave tradition in Britain. And even after the law changed, the Greggs held onto their apprentice system longer than other mill owners.

Fay hopes the series will show the reality of what it was like for children in the 1830s and sees parallels with the present day. In a recent report the United Nations’ International Labor Organization estimated that as many as a million children between the ages 5 and 17 work in the small-scale gold mines of Africa for as little as $2 a day. 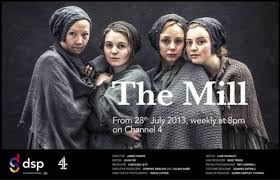 Dramas such as The Mill challenge current emphases on working class people being seen as victims with middle class liberals needing to feel sorry for people who on the surface seem to lack the trappings of money, access to Oxford and Cambridge and jobs in the establishment. They fail to recognise that in working class communities people may be happier living with people who value relationships more than money and status. And that solidarity between people, as shown in this drama, counts for far more in terms of human happiness.

The Mill is a four part drama and Fay is hoping that he will be commissioned to continue the story of the millworkers as the story moves into the 1840s and the campaign by the Chartists for the vote for working class people. He says;
I hope people watch it and and I hope it will also ignite in people an interest in working class history.

The Mill continues on Channel 4 on Sundays at 8pm

I am an activist and writer. My interests include women, class, culture and history. From an Irish in Britain background I am a republican and socialist. All my life I have been involved in community and trade union politics and I believe it is only through grass roots politics that we will get a better society. This is reflected in my writing, in my book Northern ReSisters Conversations with Radical Women and my involvement in the Mary Quaile Club. .If you want to contact me please use my gmail which is lipsticksocialist636
View all posts by lipstick socialist →
This entry was posted in drama, human rights, labour history, trade unions, TV drama, young people and tagged John Doherty, John Fay, liverpool, Quarry Bank Mill, Working Class Movement Library. Bookmark the permalink.

2 Responses to Northern white slaves and the campaign for the 10 hour day . My interview with John Fay writer of The Mill.