Getting back on track…………

Posted on January 17, 2013 by lipstick socialist

Dear readers welcome to the first of an occasional series of thoughts from you about important issues today. The first guest post is by George Waterhouse, Young members Representative, Manchester South RMT. 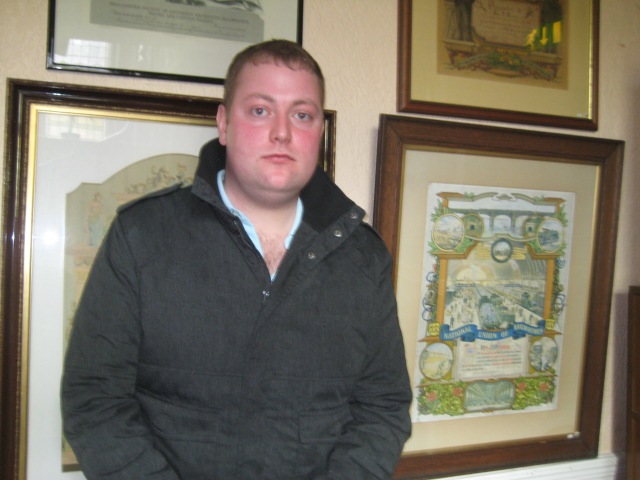 Following a media scandal, a botched contract and a great deal of time and money wasted, what does the failed West Coast Mainline bid demonstrate about government management of our railway? George Waterhouse, union activist in RMT, makes the case for renationalisation.

A great deal of publicity surrounded the bidding process for the West Coast Mainline, Britain’s most important and profitable railway line.

The contract was awarded to the First Group instead of previous franchisee Virgin , despite fears for staff cuts, unrealistic passenger growth figures, and the undertaking of a huge amount of debt. In the aftermath of a media storm and successful legal action by Virgin owner Richard Branson, the government cancelled the contract with the First Group.

More than 60 million pounds of public money have since been reimbursing the bidders. In the meantime Virgin’s franchise has been extended for two years instead of becoming a DOR (Directly Operated Railway).

In 2009, after defaulting on its contract , National Express had its East Coast operations taken over by the government and run as a DOR, with the profits invested in improving the service. RMT General Secretary Bob Crow has used the example of East Coast to argue that: instead of re-running this expensive circus, the West Coast route should be renationalised on a permanent basis.

The government’s U-turn has encouraged campaigners who are demanding the reversal of the decision to award the Thameslink train-building franchise to the German company Siemens, and instead support British manufacturing by awarding the contract to Bombardier in Derby.

In carrying out its role of facilitating greater freedom for big business to privatise public services, destroy terms and conditions and tear up collective agreements across Europe, the EU has issued diktats demanding the privatisation of public transport. Last month EU transport commissioner Siim Kallas called for a single European rail network based on the failed franchising model that we have had to endure in Britain.

Opinion polls regularly demonstrate that more than 70 per cent of the public wants renationalisation. But if nationalisation is so popular, why hasn’t it been considered?

Rail privatisation was sold to the British public in the early 1990s as a means by which to reinvigorate train travel and bring real “benefits to passengers and taxpayers”. Instead the period since has been characterised by fragmentation, waste, huge costs and safety concerns.

The breaking up of British Rail and the introduction of the bidding system for franchises has resulted in huge expense as each company shells out for separate marketing, legal and accounting staff.

In direct contrast to promises made about the benefits of “competition”, our rail fares are now the most expensive in Europe. In reality we have monopolies that drive prices up and the government has indicated this will continue as it permits ticket prices to rise by inflation plus 3%.

After a series of high profile incidents resulting in the death of staff, serious questions are being asked about a decline in health and safety in a fragmented network. Bob Crow underlines the situation: 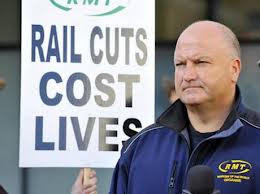 Opportunities to restore economic growth are also being squandered as the benefits of transporting more freight by rail have long been neglected. As British Rail prepared for privatisation, freight was ‘rationalised’ and the tonnage transported sank to record low levels in the mid 1990s. As the “car revolution” took off in the 1950s and 60s, both passengers and freight began to switch from rail to road. Helped by aggressive government policies of motorway building and the notorious Beeching rail cuts, the “transport of the future” seemed to have trumped the old fashioned Victorian railways. However, with g petrol prices, gridlocked roads and government targets to reduce carbon emissions, we witnessed a renaissance in both rail passengers and freight in the past decade.

While tonnage moved by rail has increased, and some projects are taking off to reduce road transport such as the Atlantic Gateway project to re-utilise the Manchester ship canal for freight transportation, there is simply not enough investment in infrastructure. The private sector lacks the will or ability to invest.

In response to the problems outlined here, an independent report of a study chaired by Sir Roy McNulty was commissioned by the Secretary of State for Transport in 2011. The McNulty report identified many of the problems created since privatisation but perversely has indicated that still more privatisation and fragmentation is required.

While it would be an election winning promise, Labour still refuses to back renationalisation. Shadow Transport Minister Maria Eagle has apologised for New Labour’s tame acceptance of rail privatisation, and attacked some of the problems and costs associated with fragmentation and “competition”, she still cannot even bring herself to mention the term “renationalisation”. If Labour is too timid to commit to such a policy in opposition, you can be assured a future Labour government certainly wouldn’t take such a bold step.

The public support renationalisation because they can see that the problem is profit. As with utilities, energy companies, the NHS and education, wherever privatisation occurs, maintenance is neglected, the quality of service is hampered and prices soar.

Rail travel is now more popular in terms of the number of passengers carried than at any time since the 1920s. Yet back then Britain had a much larger rail network with many more lines and stations than today. This means that overcrowding continues to be a problem. While some lines and stations have been re-opened since the Beeching cuts, many more have since become impossible to do so as they have been built over.

There is scope for the rail network to expand to support more passengers and more freight, but until a system of central planning is established with adequate investment, this is unlikely to happen.
The mess that is the West Coast bidding process stands as a synecdoche for privatisation. Until our network is renationalised it will never realise its potential.

Action for Rail is a campaign organised by passenger groups and rail unions against job/service cuts and fare increases, for nationalisation. Lobby your MP and help us leaflet outside stations across Britain.

I am an activist and writer. My interests include women, class, culture and history. From an Irish in Britain background I am a republican and socialist. All my life I have been involved in community and trade union politics and I believe it is only through grass roots politics that we will get a better society. This is reflected in my writing, in my book Northern ReSisters Conversations with Radical Women and my involvement in the Mary Quaile Club. .If you want to contact me please use my gmail which is lipsticksocialist636
View all posts by lipstick socialist →
This entry was posted in anti-cuts, trade unions and tagged action for rail, ob Crow, rail nationalisation, RMT. Bookmark the permalink.

1 Response to Getting back on track…………