Down with the crowned ruffians…. 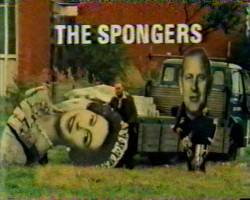 Of more worth is one honest man to society and in the sight of God, than all the crowned ruffians that ever lived.
—Thomas Paine

In 1978 Jim Allen’s play, The Spongers, was broadcast on the BBc in its Play for Today slot. Set in the run-up to the 1977 Silver Jubilee, Allen,  in the opening scene,  summed up what is wrong with this country as the title of the play  is superimposed over upside down cardboard cut-outs of the Queen and Prince Philip. In the play  a single mother Pauline, (a stunning performance by the late Christine Hargreaves) is shown sinking as she faces rent arrears, debt and  a Council that is cutting the vital services she needs for her daughter, whilst the only medicine on offer is the opium of yet another royal pageant. Jimmy McGovern has described  this as the best television play ever broadcast.

Unlike today, in 1977, there was a culture of opposition to the Jubilee and it was summed up by three words “Stuff the Jubilee”. Young people, in particular, who faced rising unemployment and public service cuts, headed the opposition to the royal nonsense. There were demos, gig ands, of course, the Sex Pistols and their single “God Save the Queen.”

Sherri Yanowitz produced the essential badge. “I designed it with Neil McFarlane. When I ordered 4000 badges from the Universal Button Company in Bethnal Green, they sort of laughed at me. The same company had the order for hundreds of thousands of pro-monarchy items. In the end we sold over 40,000 in less than three months.”.

So why is it in 2012 there is little opposition to the latest royal jamboree? Mike Luft, veteran anti-fascist and community campaigner, puts it down to a general political apathy in the country. “In the 70s and 80s there was a republican movement in this country. Nowadays people opposing the royalty are seen as extremists.” He believes that the media has successfully whitewashed the queen and the rest of the royals. “People are not aware of their wealth and privilege and what they did to get it. And it is an indicator of the low political consciousness of people.”

Louise Raw, historian and writer, agrees “Consensus seems to be, Oh bless her she’s an old woman/ her grandsons are lovely/ that Kate Middleton has some nice frocks. So it’s partly respect for her white hairs and partly that the Palace has finally won the media war it’s been desperately waging since ’97, to convince us all that the royals are hard-working, necessary – and ‘just like us’”

As a parent she has noticed how the whole jubilee farrago has been fed into the school system. “It’s interesting to see how it’s being forced down the kids’ throats in schools as well, even in Reception year (age 4 – 5).I don’t think it’s being taught in a nuanced or balanced way either. I had to dress my son (aged 5) in red white and blue for some jubilee party, and of course you can’t inflict your political views on them. So I had to do it with gritted teeth, and not give into my temptation to get a white t-shirt and stencil ‘Abdicate now (in favour of a democratic republic)’ or ‘Off with her head’ on it”.

Stephen Kingston editor of Salford Star, like many of his generation, were influenced by the Stuff the Jubilee events. “Unfortunately, I’m old enough to remember it and it was this anti-campaign that got me interested in politics, cos one of the papers called the anti-jubilee people “worms” and I thought I’m not a worm, I must find these people..and so a life on the left was born..the rest is misery.”

Living and working in Salford he says that there are plenty of anti-jubilee events. He thinks that in 1977 the media gave a bigger profile to the anti-campaign. “The Left were a lot stronger. The media just went hysterical in 1977 – particularly with the Sex Pistols. Maybe opposition to the monarchy doesn’t sell papers these days – the anti-Royal tunes are out there, there’s anti Jubilee badges and t-shirts – but no media reaction. Does that make the opposition different from ’77 .The Salford Star is certainly finding no shortage of alternative Jubilee stuff happening in Salford. The events aren’t angry, just ironic piss takes. The real anger is saved for the people doing the cuts”.

So, see you all in Salford! Here are some events to get down to…

Relive the spirit of 77 – see the Sex Pistols on Youtube

Jubilee sick bags..I am not joking!.

I am an activist and writer. My interests include women, class, culture and history. From an Irish in Britain background I am a republican and socialist. All my life I have been involved in community and trade union politics and I believe it is only through grass roots politics that we will get a better society. This is reflected in my writing, in my book Northern ReSisters Conversations with Radical Women and my involvement in the Mary Quaile Club. .If you want to contact me please use my gmail which is lipsticksocialist636
View all posts by lipstick socialist →
This entry was posted in anti-cuts, Socialism, TV drama and tagged Jim Allen, Sex pistols, Sherri Yanowitz, stuff the jubilee, the Spongers, thomas paine. Bookmark the permalink.

1 Response to Down with the crowned ruffians….