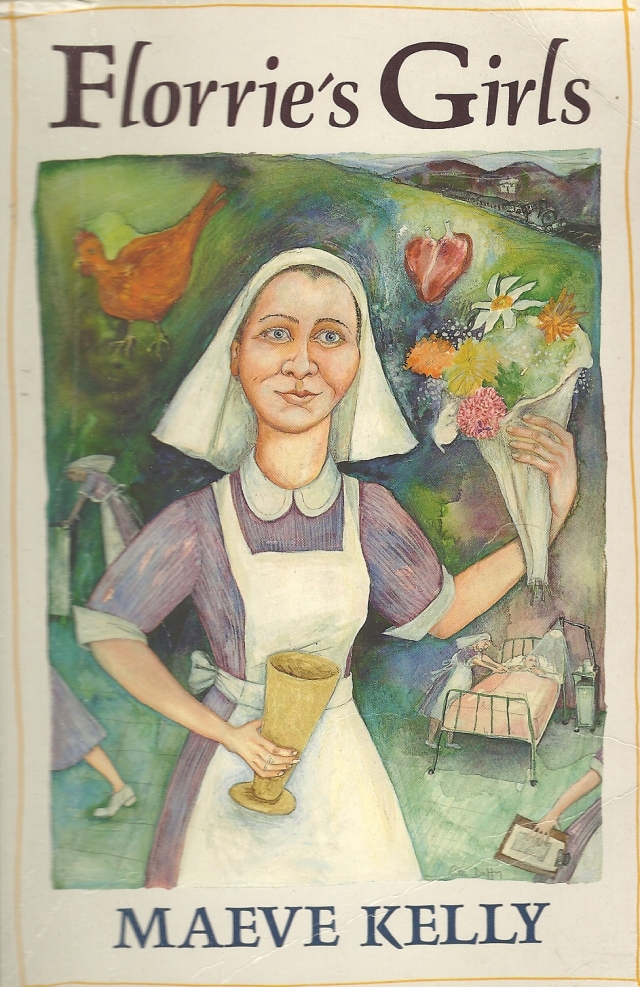 As a feminist and campaigner in the Irish community in Britain in the 1980s and 90s, it was great discovering the novels of Maeve Kelly. There were (and maybe still are) many depressing stereotypes about the lives of Irish women and these seem to be used in lots of the media (including the Guardian) to portray them  as victims of a particularly nasty Ireland. This is not to dismiss the fact that Ireland (on both sides of the border) treated women in a particular discriminatory way. Of course women were denied abortion, divorce and  sexual equality. But this history was not unconnected with the unfinished political process, and the continuing prescence of British troops in part of the island.

The history of Ireland is also the history of women who have sought to campaign on all issues from the (big)political situation to the specifics of abortion, divorce etc. Maeve Kelly’s books, I think, are an important part of the discourse about women’s activism. She was born in post Independence Ireland in 1930, writes poetry and fiction, and has been active within the women’s movement.

Her first publication was A Life of Her Own (1976) which is a collection of stories, stories of women who lead ordinary lives, but try to do so with integrity. These are women who are part of the rural economy; as farmers and fisherwomen, as well as mothers and wives. Amongst all the anger and discord, she also writes beautifully about the countryside. “Turf smoke was rising from the chimney straight up to the blue sky. The river was like a looking-glass, cut easily by the oars. The island was an emerald rising from its blue setting.”

In Necessary Treasons (1985), Maeve gives us a glimpse into the life of a young woman who is active in the women’s movement in Limerick in the 1980s. Little has been written about why women chose to join and work in campaigns and in this novel the main character, Eve, is a young middle-class woman who is facing questions that women ask themselves when we are making choices about how we should live our lives. She works in the women’s advice centre, and is confronted with the reality of other, poorer, women’s lives. “Every other Wednesday they sat in a small room, hardly bigger than a cubicle, and heard the stories of the women who came to them for help. At times the complaints seemed monotonously repetitive and Eve wondered why the women seemed unable to help themselves. Until, that is, she learned how unskilled they were, unable to find work to support themselves; and even when they did, who would mind their children.”

In her next novel, Florrie’s Girls (1989) she explores the lives of Irish women, like herself, who came to Britain after the Second World War to train as nurses. Her main character, Caithlin Cosgrove (Cos), comes from a rural background in Kerry. Post war Britain was a dreary place, and the hospital she works in reflects the country: she is living on rations, working long hours and. as a trainee nurse,  is the lowest of the low. The book is funny,  and the feisty Cos challenges the rule of Sister Maguire. “I thought she’d leap over the desk and fell me with a crucifix”. Through Cos we learn of the casual anti-Irish racism. When she goes to an English friend’s home,  her parents tell her, ”You’re a nice little thing, even if you are Irish.” More Irish women emigrated than Irish men, which meant that many married non-Irish men. This dilemma is faced by Cos when her friend decides to marry an Englishman, and her response is; ”It would wear me out having to forget all that I am, all that I am rooted in and the thousands of years that went into making me what I am.” Maeve wrote this novel in 1985 when 60,000 Irish were emigrating each year and it is sad that in 2012 once again Irish women will be forced to leave their own country to find work,  with little prospect of returning home.

Maeve’s other books include; Orange Horses (1990) and Alice in Thunderland;a feminist fairytale (1993)

I am an activist and writer. My interests include women, class, culture and history. From an Irish in Britain background I am a republican and socialist. All my life I have been involved in community and trade union politics and I believe it is only through grass roots politics that we will get a better society. This is reflected in my writing, in my book Northern ReSisters Conversations with Radical Women and my involvement in the Mary Quaile Club. .If you want to contact me please use my gmail which is lipsticksocialist636
View all posts by lipstick socialist →
This entry was posted in book review, Catholicism, Ireland, Irish second generation, NHS, novels, women and tagged A life of Her own, florries girls, Irish novelist, Maeve Kelly, neccessary treasons, orange horses. Bookmark the permalink.